TODD MATTHEWS | Writer, Editor & Journalist
In addition to my work as a writer, editor, and journalist for magazines, newspapers, and other publications, I am the author of three nonfiction books — Elmer Ogawa: After hours with Seattle's forgotten photographer (2015), A Reporter At Large: A decade of Tacoma interviews, feature articles, and photographs (2014), and Wah Mee (2011). 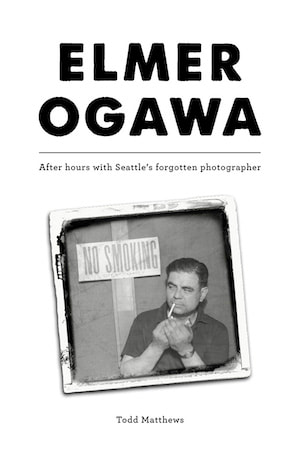 Between the late-1940s and the early-1960s, Seattle photographer Elmer Ogawa was rarely without his camera. When he wasn't working a day-job in the city's noisy and dirty industrial yards, Ogawa was on assignment as a freelance photographer for a variety of Asian American magazines — Pacific Citizen, SCENE, The Northwest Times, and others — that reached readers in Seattle and beyond.

​After hours, Ogawa could be spotted at one of the city's blue-collar taverns — Bamboo Inn Cafe in Chinatown, Tim's Tavern on Capitol Hill, Barney's Cafe downtown, and the Klondyke Cafe in Pioneer Square — tipping back frosty pints of beer, trading jokes with bartenders and tavern regulars, and photographing the city's rowdy and festive nightlife.

Ogawa passed away in 1970 a largely unknown photojournalist. However, he left behind a rich cache of local photographic history that is now part of the University of Washington Libraries Special Collections. The 14,000 black-and-white negatives and 7,000 black-and-white prints depict a range of significant people, events, and cultural organizations in Seattle at the middle of the Twentieth Century, as well as the dingy (yet charming) 1950s-era Seattle taverns that have disappeared.

I spent two years poring over the letters, photographs, and home movies Ogawa left behind. I interviewed people who knew Ogawa well, such as the retired Broadway performer Pat Suzuki, who Ogawa photographed while she performed at The Colony nightclub in downtown Seattle during the 1950s; Harry K. Honda, Ogawa's editor at Pacific Citizen, who provided insight into Ogawa's journalism career; and even Ogawa's daughter-in-law (and closest living relative), who offered a glimpse of Ogawa's complicated and estranged family background. The result is Elmer Ogawa: After hours with Seattle's forgotten photographer, the definitive biography of an important — yet largely overlooked — Seattle photojournalist. 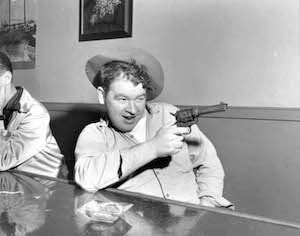 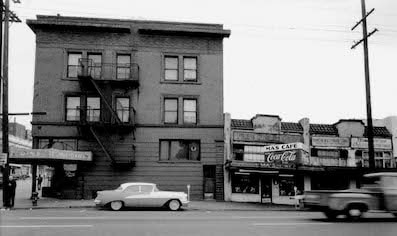 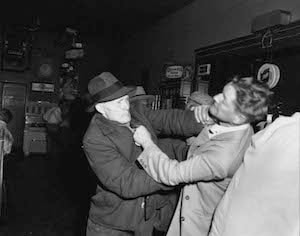 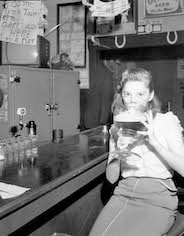 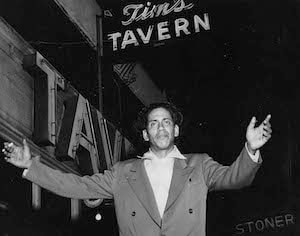 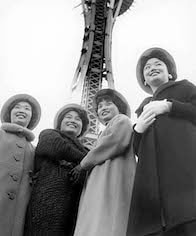 A Reporter At Large 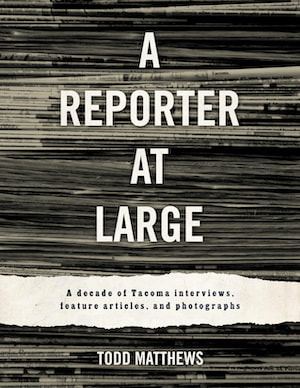 Notable stories collected in the book include a profile of an irreverent political cartoonist who skewers local elected officials while entertaining the masses; a feature article about a small-business entrepreneur's effort to re-open a rural bank that was once the site of a dramatic heist and shootout during the 1920s; an interview with a local blogger who memorializes Tacoma's homicide victims; a series charting the path of a once-reviled, now-revered three-ton piece of public art as it is moved out of storage after seven years and placed prominently in a waterfront park, thanks to a grassroots effort; a feature article about a pair of historians racing to document Pierce County's old barns and homesteads before the buildings are razed by developers; and a series of interviews with tenants of the Winthrop Hotel in downtown Tacoma — a crumbling, century-old, former four-star hotel that now serves some of the city's most vulnerable residents.

It's the nature of daily newspaper journalism for articles to appear briefly in print or online before they are quickly buried by the next day's headlines. A Reporter At Large: A decade of Tacoma interviews, feature articles, and photographs highlights some of the award-winning stories I wrote over a 10-year period at the Tacoma Daily Index. Click here to purchase the book.

​One night in 1983, three young men walked into the Wah Mee Club, the oldest gambling club in Seattle's Chinatown-International District, to carry out a bold heist. When they walked away, they left behind 13 dead, one eyewitness, and an indelible mark on Pacific Northwest history. To date, the event remains the worst mass murder in the history of Washington State. I spent more than a decade combing through historical photographs, newspaper reports, and court documents, as well as conducting my own reporting and interviewing many people close to the case, in order to write Wah Mee — a thoroughly researched, vividly recounted true-crime book that is the definitive account of the history of the Wah Mee Club. ​Click here to purchase the book.​ 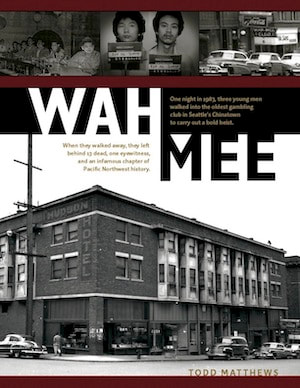 Praise for Wah Mee:​
"I'd highly recommend this book to any who have any interest in this historical event. [Matthews] includes 'behind the scenes' insight not seen in the media coverage, as well as a comprehensive perspective of the 'shadow underground' of the first part of the 20th century in the Seattle Asian community. It's a compelling, quick, and easy read, at a great price, and supports a dedicated local writer." --Sooray

"Todd Matthews' online book takes a journey into a Seattle that most people didn't see behind the headlines of the 1983 gambling club murders. The stories of these events in Chinatown touch the realities of life in the neighborhoods whose family members were killed. Matthews' years of digging have produced an understanding of history and ways of life that unfolds in a portrait of what happened at the Wah Mee Club and of the Seattle of that era." --Seattle Community Network

"I just got done reading your story on the Wah Mee Massacre. I was locked into it with fascination from start to finish. Questions I had about it would be answered the further along I read. It was interesting, informative and done with dignity. I was also very interested in the early history you provided. Thank you for a very informative read." --Glen W. via e-mail

"A friend recently sent me a link to your feature on the murders at the Wah Mee gambling club. Your in-depth attention to detail and heartfelt account of the events that transpired were, simply put . . . amazing. I vaguely remember the murders as I was not quite 10 when they happened. My dad being a history buff had mentioned it a few times over the years, but only until your article did I get the full story. I just wanted to drop a line to say how much I enjoyed your accounts. Doing some Internet research, I was able to find some images of the club, one that was taken shortly after the murders. The picture you painted with words was verified by the actual images." --B. Jones via e-mail

"I read your story about the Wah Mee Massacre and found it very fascinating and well done. Your story compelled me to make a pilgrimage to the former Wah Mee. It was so strange to see it in its present state. Even more strange to peer through the clear glass brick and see the broken teacups." --Adam L. via e-mail 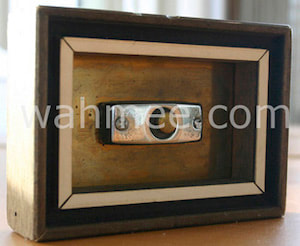 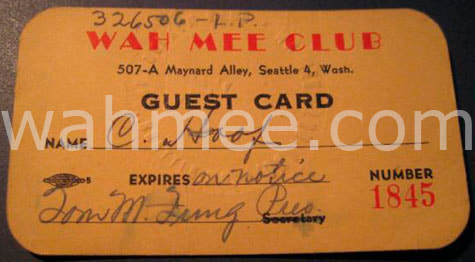 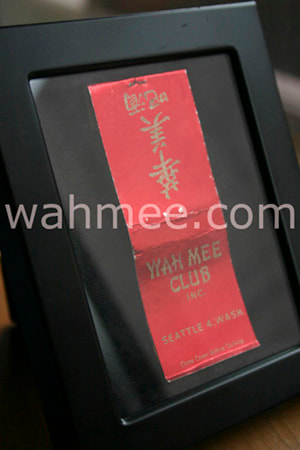 "By chance, I came across your story and just finished reading. I grew up in Seattle's Chinese community in the 1950s and 1960s. I had left Seattle by the time of the massacre, so I did not know much about it. [Your book] was a great history lesson, and the familiarity of people and places mentioned made it a fascinating read. Many thanks." --Chris S. via e-mail

"Very well researched, with extensive background on the neighborhood, the gambling club, and the perps. The elements of the story are interestingly interweaved . . . . Should appeal not just to Seattleites but to anyone who enjoys a good crime story." --Amazon.com Review

"I just finished reading your book on the Wah Mee Club. I found it to be excellent and extremely well done! I thoroughly enjoyed the book. I remember walking past the Wah Mee once in a while between 2000 and 2003 and always wondered what the place was and whatever happened to it. Now I know." --Christopher L. via e-mail

"I wanted to send you a quick note and compliment you on your Wah Mee work. I just read it, and I am simply blown away about how much of my own personal past is involved. I know it's oh so long ago, but your extremely well-written piece took me right back. More than just a piece of history, I was really riveted at every turn." --Michael R. via e-mail

"It's an in-depth account of a massacre that still lives in Seattle's consciousness. If you're interested in Seattle history or its underworld, this is a must-read." --Amazon.com Review 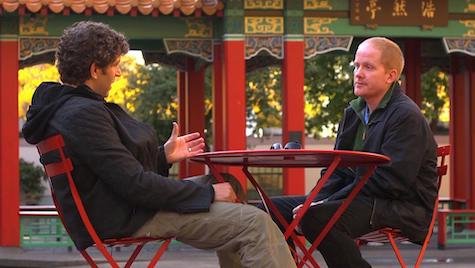 DISCUSSING SEATTLE'S WAH MEE CLUB WITH TRAVEL CHANNEL HOST MARCUS SAKEY (LEFT)
"The week before the 25th anniversary of the Wah Mee Massacre, I was looking for some coverage of the significance of the event. I did a Web search and began reading your articles with great interest. The Wah Mee Club was less than a 15-minute walk from my little apartment, and a friend just getting off work came by and told me about all the commotion in Chinatown that night. He didn't know what the fuss was about, but I remember looking toward Chinatown and seeing the lights of the emergency vehicles in the distance. The next morning, when the story came out, it triggered a fascination in me that I still have today. I just wanted to write and let you know how much I appreciate all the work and care you put into writing those articles over the years. It's the best information I've ever found since the murders happened, and I'm glad you told such an extensive account of the events leading up to and following Wah Mee. You are the historian of record in my book, and I look forward to any future articles about Wah Mee. I admire your perseverance in covering the story like no one else." --Dan S. via e-mail

"I didn't know much about the history of Seattle other than Nirvana and Starbucks, but this book does an excellent job of explaining one of the most horrific incidents to take place there. Not only is it well researched and presents many first-hand sources, it also goes beyond the actual murders to describe the social issues at the time, which I also appreciated. It was an engrossing account, and it seemed that the author had put a lot of work to make sure that the story was presented properly." --Amazon.com Review

"If people are really interested in the facts, Todd Matthews made this story his passion. He has an excellent (and inexpensive) book available on the topic. It takes you [through] their lives in the days leading up to the massacre, their motivations and roles." --seattletimes.com commenter

"I just finished reading your book and thought [it was a] fascinating and very well-written account. Thank you for your work." --Joe G. via e-mail

"This is a well-researched and well-written book. It kept my interest and is a good and easy read." --Amazon.com Review

"Very good read. Read it all in two days. Recent fire in the building brought back memories of old news reports." --Amazon.com Review

"Very well done. Mr. Matthews does a great job here. His prose is compelling and his insight doesn't get in the way of the facts. Highly recommended read." --Amazon.com Review

"I really liked reading this book. Mr. Matthews writes in a manner that [is] easy to follow and is well-researched, so [I] fully understood all sides to this tragic event. Growing up in South Seattle during this time, [I] obviously heard of this, but young enough to not really follow up on details, nor know this much of Chinatown itself. Highly recommend this book if you're interested in learning more of this tragic event in Seattle's history." --Amazon.com Review​ 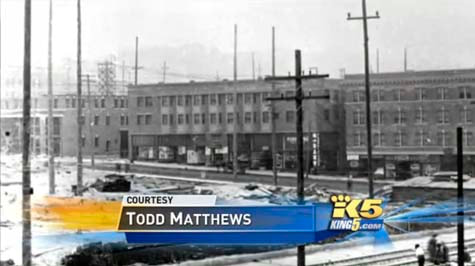